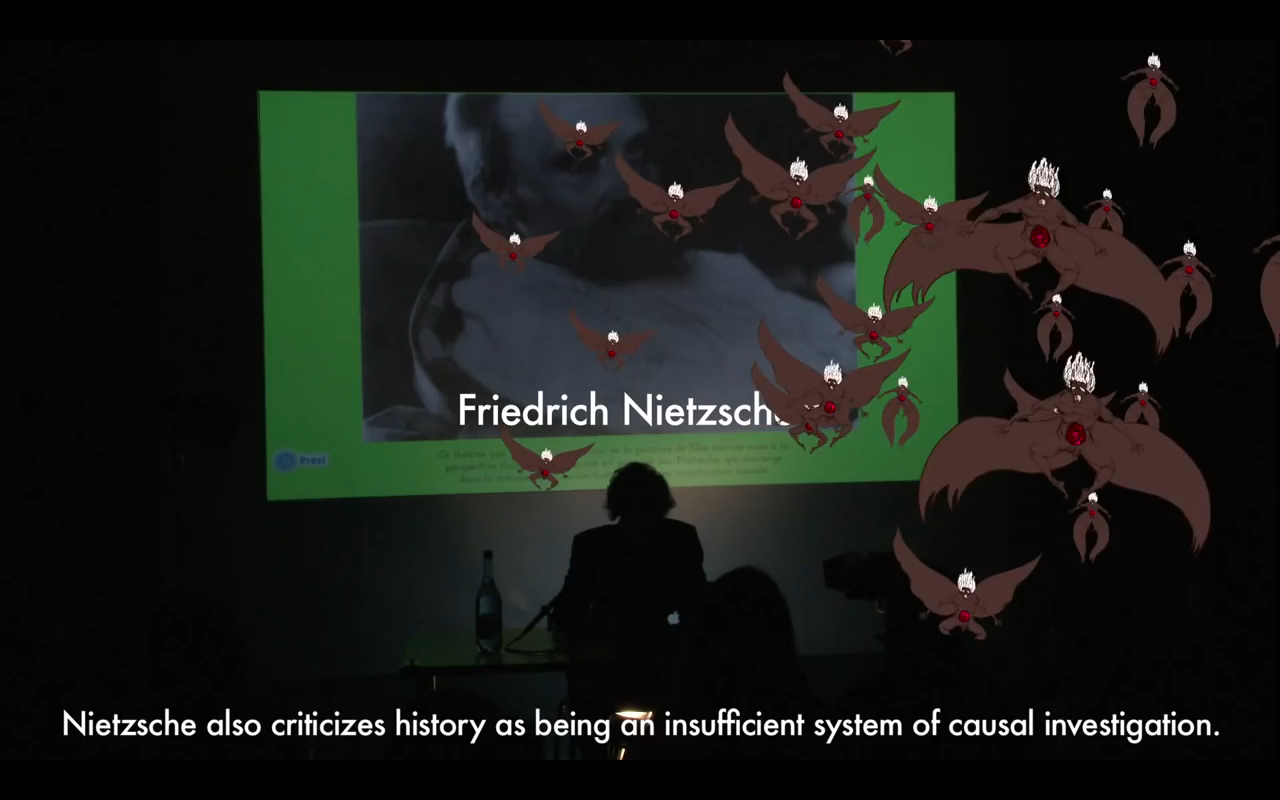 A minute conference is a conference that lasts about a minute. In this filmed performance, Benjamin Efrati presents the conception of history developed by Walter Benjamin and the image of Angelus Novus through the interaction of discourse, stage design and animation.

Produced in 2013, this film is halfway between lecture-performance and Youtube video, formats related to both Merjom Climacus and The Gnozo Show.