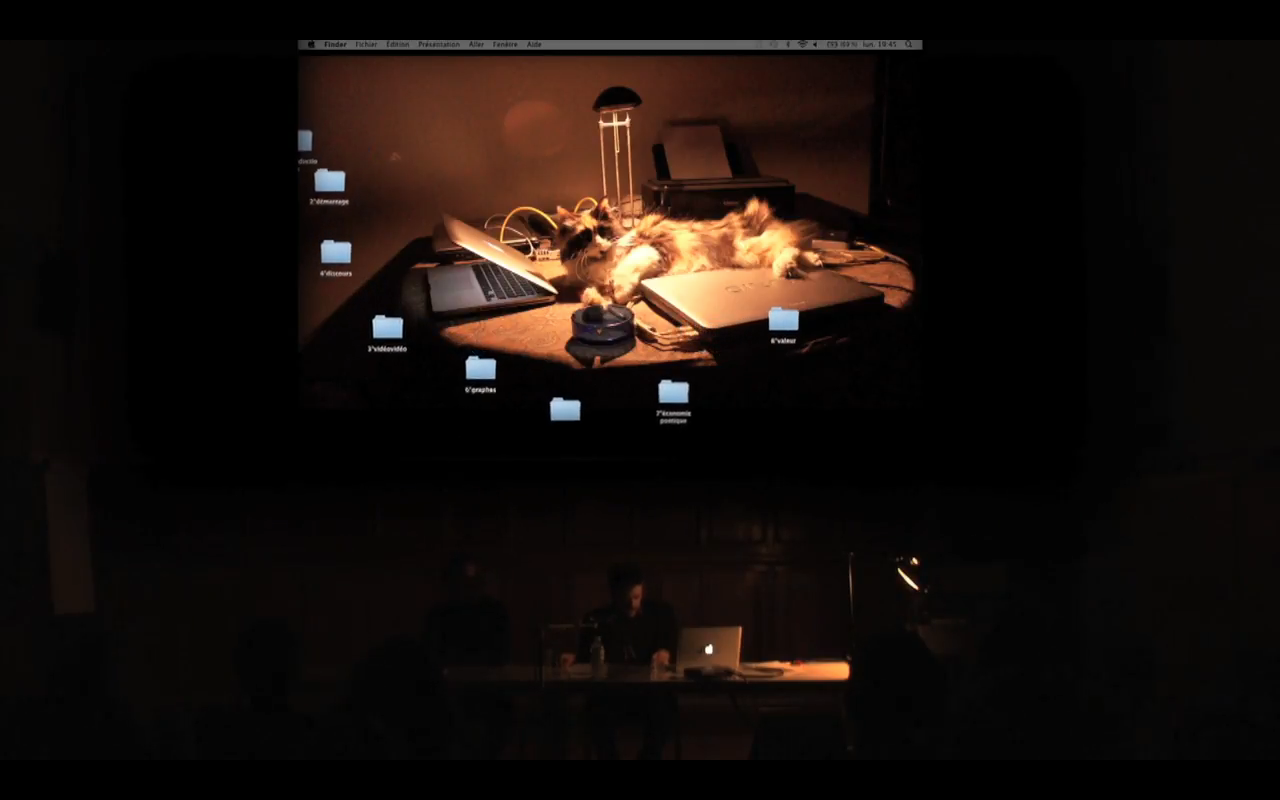 From Poetic Economy to Significatogenesis is a performance by Benjamin Efrati and Noel Sarlaw produced by the Monnaie de Paris in 2010 as part of the online exhibition Art et Argent: Liaisons Dangereuses.

Following on from Merjom Climacus and the 2008 work on significatogenesis, Benjamin Efrati extends his questioning on signification in art in terms of the contemporary economy. Noel Sarlaw, historian of experimental economic thought, adds a degree of scientific poetry to the demonstration.

Does the meaning of an artwork determine its value? Frédéric Lordon, inspired by Spinoza and Marx, claims that value is a construction, that an object never has intrinsic economic value. If this is the case, the consequence in art history is that economic indicators reflect the enthusiasm of the public rather than the inherent value of the content or form of a work. Deadlock for art or the economy? Not at all, the art market remains a flourishing field with shifting borders.

Lordon à Pompidou is a short film directed by Benjamin Efrati in 2010. It was screened as part of the performance From economics of poetry to significatogenesis.