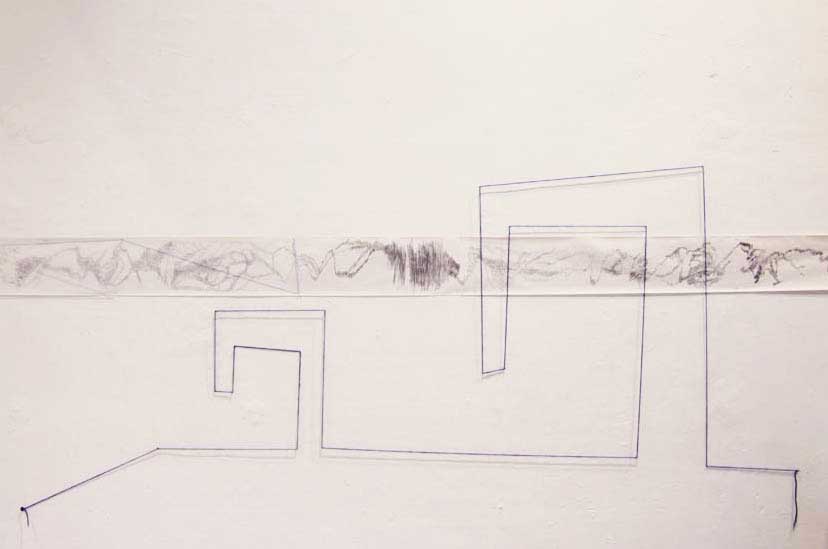 Le Pompon is the name of the exhibition organized by Benjamin Efrati in 2011 for his DNSP / Bachelor of Arts.

All the pieces articulated in the space of the Claude Closky studio at the Beaux Arts de Paris present different creative registers, including drawing, photography, engraving, sculpture, installation and performance. The name of the exhibition is also that of an atypical interactive and performative installation: a musical instrument for cats.

[ngg src=”galleries” ids=”6″ display=”basic_slideshow”]A diploma exhibition differs from a traditional exhibition in several ways: its duration is short, and it is intended for a jury. For this reason, and to give space to each of the practices presented, the pieces are in the form of a performative journey. Benjamin Efrati does not just describe the works or present his approach: each element of the exhibition corresponds to a specific term in the performance associated with the exhibition.

Deux simples méandres is a performative installation which consists in drawing a graphic pattern with a hammer. Nails are planted on each constituent point of the pattern, then a woolen thread is attached to it. Each nail corresponds to a word and a choreographic gesture. When planting the nails, the words are recited for the first time and put into action. When connecting the nails using the woolen thread, the words are repeated backwards, revealing the meaning of the sentence.

Le clou du spectacle is a ready-made installed on the edge of a picture rail. This 15cm long nail is quite discreet, its presence is revealed to the jury after Deux simples méandres.

La boîte à motographies is an interactive installation for one person. It is a wooden parallelepiped 2 meters high on a side meter. Each wall is discovered with an engraving plate in beech wood, containing giant motographies. These black plates were inlaid to make a set of prints on a 10-meter Japanese paper roll. Once the box is closed, the unique spectator stands there. He contemplates the photographic motographies on a light box fixed to the ceiling. These images are 6 * 6 film strips; they have been seen at various light sources, at different times. The camera used to unwind the film freely, resulting in a set of ultra-panoramic images displaying clouds of lines of vibrant light.

Le Pompon, as described above, is an interactive installation. It is the last piece presented to the jury, because the most eccentric. The presence of a cat in the exhibition is first revealed to the jury, then the cat (Iphigenie) is taken out of its box. He is released in a park intended for this purpose. Captured by the computer webcam on the wall, its movements generate music. Made with Pure Data, this cat musical instrument emits round sine waves that vary in amplitude and height depending on the position of the cat.