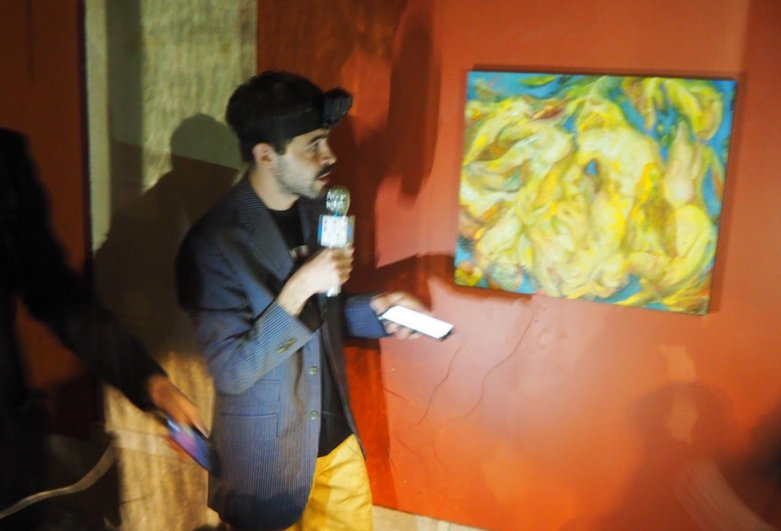 “Superpositif“ is a performance created by Benjamin Efrati aka Gnozo.

Initially performed in the framework of the exhibition À la lumière des cavernes (In the light of the caves) organised by Philippe Bennequin as a showcase of his workshop in the prehistoric caves of Périgord : Cougnac, Rouffignac, Lascaux II & IV, Proumeyssac, Grand Roc, Cap Blanc and Pech-Merle.

Gnozo welcomes the spectators into the exploration of an extremely faithful reproduction of the Nekropark Paris V, and presents a deep analysis of the elements of cave art found in the layers Beaux-Arts 1 and Beaux-Arts 2 (zone “Palais des Études”), which are estimated to have been produced between 1998 and 2048 in the Gregorian calendar, around 20’000 years before present. The performance ends with a few songs from Gnozo’s album Fossil Songs , among which La Grotte (the Cave).