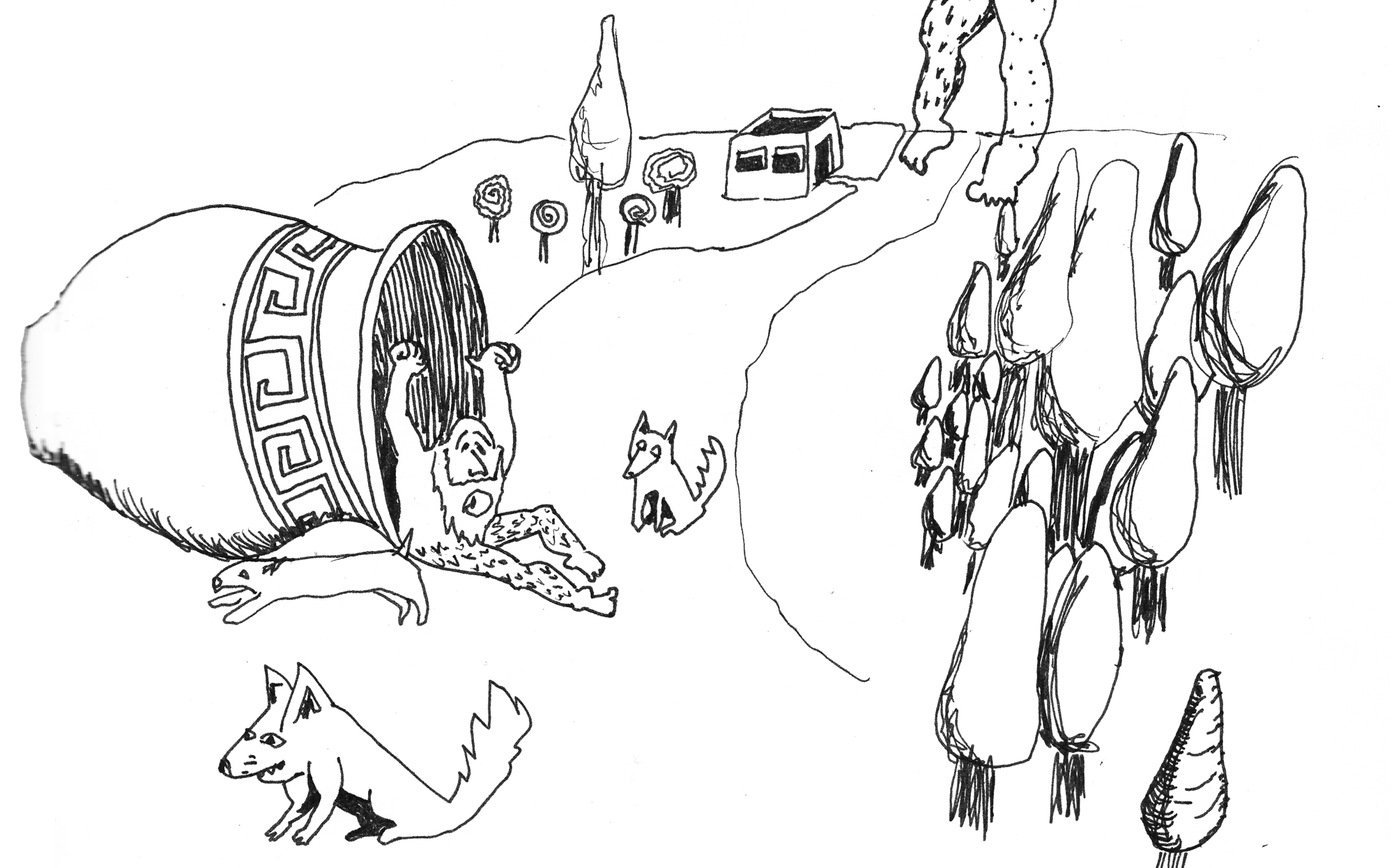 In 2010, Benjamin Efrati illustrates the life of Diogenes of Sinope, a Cynic philosopher. Famous for his extravagant behaviour, his philosophy is based on the subversion of values. Diogenes’s master, Antisthenes, studied rhetorics with Gorgias and later with Socrates.

By the time Diogenes comes along, Plato’s Academy is already active. When Diogenes and Plato meet, they generally argue and taunt each other. In 2018, Benjamin Efrati continues this project in white on black and in English with Diogenes dream.